How often do you get a rematch of the state championship game as the first game of the season? We got it this year. Karr and Easton faced off in the first annual Don Wattigny classic, named after the late Don Wattigny who coach Karr’s Head Coach Brice Brown and Easton’s Head Coach Jerry Phillips at Karr.

After throwing a pick the first play of the game, Karr’s first year starting quarterback AJ Samuel (So.) never looked back. He finished the game with 253 yards and 4 Touchdowns to 4 different receivers. Karr also established the run game well with Kevin Marigny (Sr.) & Christopher Vasquez (So.). Wide receiver Destyn Hill (Sr.) had a quite night but with his speed, strength and athleticism, he had to be accounted for every play.

Easton is young on defense, but talented. Linebacker Jirrea Johnson (So.) is a complete player. Playing sideline to sideline, able to drop in coverage and is a big hitter. Wallce Foster (Fr.) had the tall task of guarding 5-star wideout Destyn Hill (Sr.) and was able to hold him to under 5 catches with a pick on his first high school snap. Big LSU commit Shone Washington (Jr.) is a one man wrecking crew. He often got double teamed resulting in a quite night for him. The Eagles defense did make some big 3rd down & 4th down stops but big plays downfield killed their young defenders resulting from miscommunication.

On the offensive side of the ball, Easton couldn’t get in much of a rythem. They had success running the ball early with Jay Gordon (Jr.). Because of some key turnovers and Karr scoring constantly, the Eagles had to turn to a passing attack that wasn’t successful only completing 10 passes on the night. In the 4th quarter Quarterback Kenddrick Connley (So.) found his rythem throwing for 100 yards and 2 TDs, all to the speedster Alred Luke (Sr.) but it was ultimately too late.

Karr’s defense was a force all game making play after play. Tygee Hill (Jr.) basically lived in Easton’s backfield getting constant pressure on the quarterback and making some tackles for loss. Defensive End Johnathan Bax (So.) had a fumble recovery for a Touchdown. Cornerback Destin Refuge (Sr.) had a nice night as well accounting for an interception and a few pass breakups. He is definently a DB that should be on some schools radar.

Edna Karr Head Coach Brice Brown credited the win to his coaching staffs preparation of the team, “a big key in what we do is preparation and especially with recovery, knowing how to practice hard and when to lay off a little bit”.

Both teams will have a short week of preparation for their week 2 matchups. Karr will travel to Baton Rouge to face Catholic B.R. Who had their number last year beating the Cougars 47-12. Easton will host East Ascension who beat the Eagles last season 42-41. 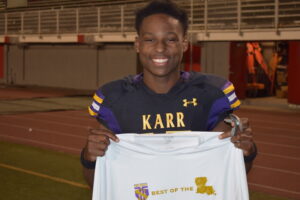 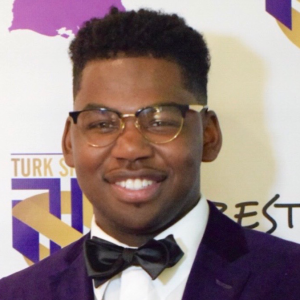 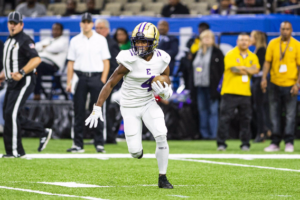 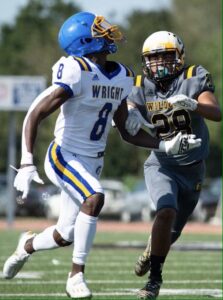 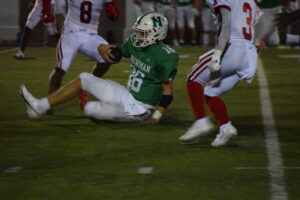 Turk Sports is an organization focused on helping inner-city and underserved Student-Athletes learn financial literacy through sports as well as exposing them to the business side of sports.